Lesson From The Visitor 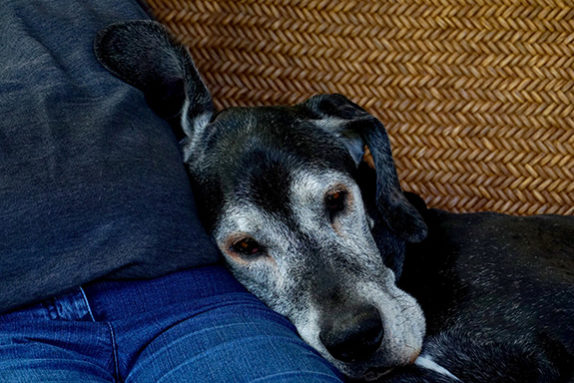 So this morning I got up attentively sniffing the air as I descended the stairs…the dogs got up coming to my side, except for the visitor, she stayed laying, due to deafness, due to blindness, or due to the fact that she had shit again in the middle room and she was avoiding my anger, maybe none of the above, as who really knows the internal thoughts of a dog. Do they even have thoughts???? I saw the shit, smelt it and punched the door, re-acted in that way and the impulse of my anger surprised me….I corralled all the dogs out of the house into the garden and went to the loo myself then proceeded to clean up the poo, thinking more of someone else’s shit to clean up…..is that the story of my life? No it isn’t, sometimes my thoughts put me there as if it is, however it isn’t… back to the poo…I remembered to breath, though the odour wasn’t good and made my cuppa and went back to bed putting the event down and leaving it, just as I had left the poo in a carrier bag outside the back door………. Awhile later having decided to take a shower, I came down stairs to find, yes, you guessed it !!!! another poo in exactly the same place…cleared that up, dragged the visitor outside and left her there whilst I had a shower… the logical me thought of her patterns, registering the time now and when I last let the dogs out and figured that I wasn’t doing enough to prevent these little accidents, which were not life threatening, well not to me anyway.

Clean and fresh, taking the time to enjoy being just that, I came out of the bathroom and let her back into the house…..she stood at the other end of the kitchen, staring at me, her tail slightly wagging and her front paws lifting from one to the other…I just looked at her and saw an old dog set in her ways, not trained by me, one from another pack and wondered if she missed her owner, her space, her creature comforts….I wondered and reflected on my anger, my growing impatience with her, my intolerance to her being different to my life style, my dogs, my way of doing things and I took her little face in my hands and cried , I stroked her and felt her as a living creature and cried, because I felt bad at feeling so angry with something that is just being… and I remembered an account that I had read which put my lesson into learning…

“of course, many of us have been conditioned to hate our anger. As we try to observe it, we will find a tendency to judge and suppress it – to get rid of it because it is “bad” and painful, or shameful and unspiritual. We must be very careful to let ourselves feel fully, even if it means touching the deepest wells of grief, sorrow and rage within us. These are the forces that move our lives, and these are what we must feel and come to terms with. It’s not a process of getting rid of something, but one of opening and understanding. So, when anger or irritation or fear or boredom arises- any of these states rooted in aversion to experience – we must explore and observe it fully. We may need to let ourselves be caught up in it to sometimes understand well. We will probably note anger or fear arising many times in practice before we have come to a balanced, mindful way. This is natural.

What we must understand in working with anger and ill will is true of all the difficulties in our practice: that they are our strongest teachers. This became very clear in the spiritual community that G. I. Gurdjieff led in France. One old man who lived there was the personification of these qualities – irritable, messy, fighting with everyone, and unwilling to clean up or help at all. No one who lived there got along with him. Finally, after many frustrating months of trying to stay with the group the man left for Paris. Gurdjieff followed him and tried to convince him to return, but it had been too hard, and the man said no. At last Gurdjieff offered the man a very big monthly stipend if he returned. How could he refuse? When he returned everyone was aghast, and on hearing that he was being paid (while they were being charged a lot for being there), the community was up in arms. Gurdjieff called them together after hearing their complaints laughed and explained: “This man is like yeast for bread”. He said, “Without him here you would never really learn about anger, irritability, patience, and compassion. That is why you pay me, and why I hire him “.

Caught in thoughts – A brief story in thinking
March 5, 2021